At the beginning of the month I flew to Cyprus to get some warm weather training miles in the legs ahead of the season. My first big race is the Stockbridge Down Road Race on the 27th of April, so getting away from the torrential rain seemed like a good idea. 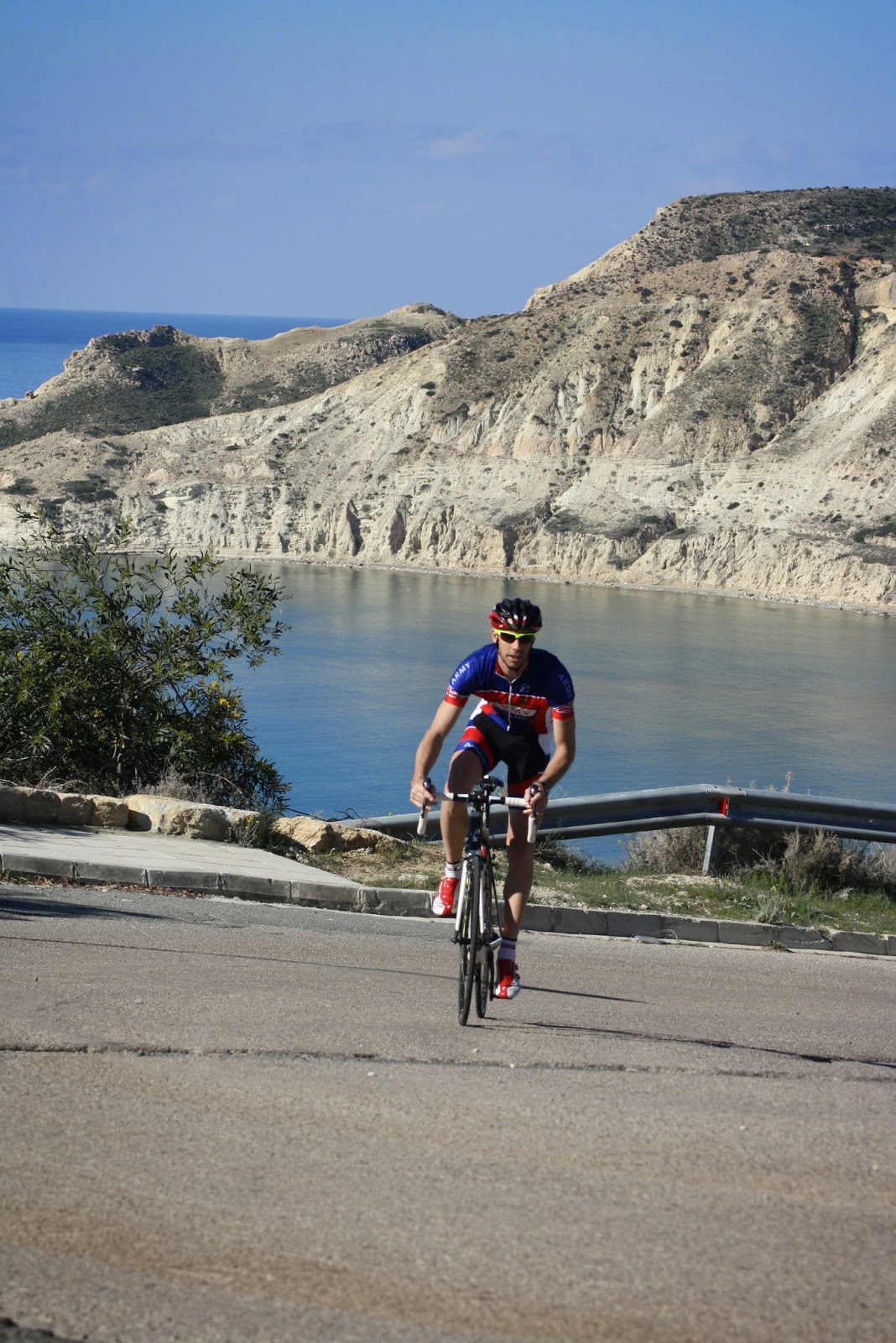 After having my flight delayed by 24 hours I finally arrived in Cyprus, where I was collected from the airport in a black Nissan Micra by Mike Cripps. He had been in Cyprus for a while, along with Ryan Perry and Alex Royle. We arrived at the house and I set about unpacking and getting my bike sorted.


The next day I went for my first ride, and already I could see that it was going to be a treat training in this country. The roads were relatively well maintained, dry, and hilly. There was also not much traffic.


There is a climb that starts on the F606 (which intersects the B6 coastal road) that was nicknamed “Effort Hill” as it was used for 20 minute efforts. The climb takes near on 50 minutes to ascend, making it ideal for efforts during training.


Riding further along the B6 towards Paphos you can swing up into the mountains at various points, with plenty of roads to choose from.


Unfortunately my left knee started giving me trouble soon after I arrived in Cyprus and eventually I had to face up to the fact that it would be best to return to the UK and get it sorted out. It was hampering my training and I need to be ready for the season ahead, so can’t waste time trying to deal with the problem without expert help.


I will be seeing a doctor in the morning and on Wednesday I’m having my position on the bike evaluated by Garth Kruger from Vankru. I’m interested to see what adjustments he makes to my position. Of course I will share my experience of the bike fit in my next post.

Meanwhile, back in Cyprus, the other guys are getting in some decent training and I’m confident that the Army Team will be making an impression this season!
Posted by Unknown at 12:22