The rain held off and the temperature rose to 11 degrees, making it a pretty good day for racing in Brighton. The E123 race attracted a decent size field for a winter league race, with 25 riders taking the start line. This was my first race for 2014 and a chance to test my legs. Photos by Sarah Theron. 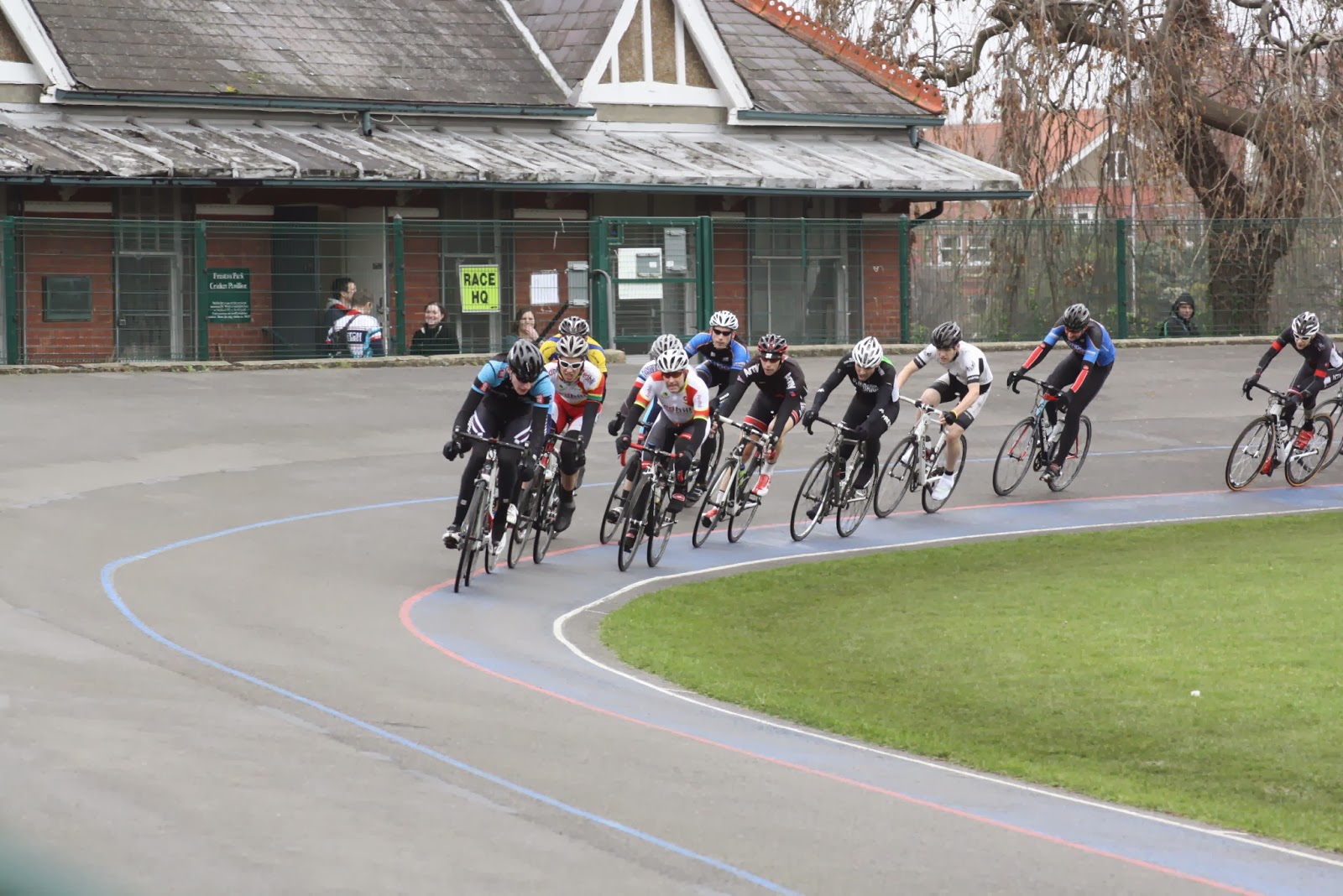 After a rolling start the race gradually picked up pace, with several half hearted attacks being reeled back with relative ease. It was looking like everything would stick together, until Simon Brooks (VC St Raphael) and Matthew Huli Abellio (SFA Racing) put in an attack that quickly gained a decent gap. 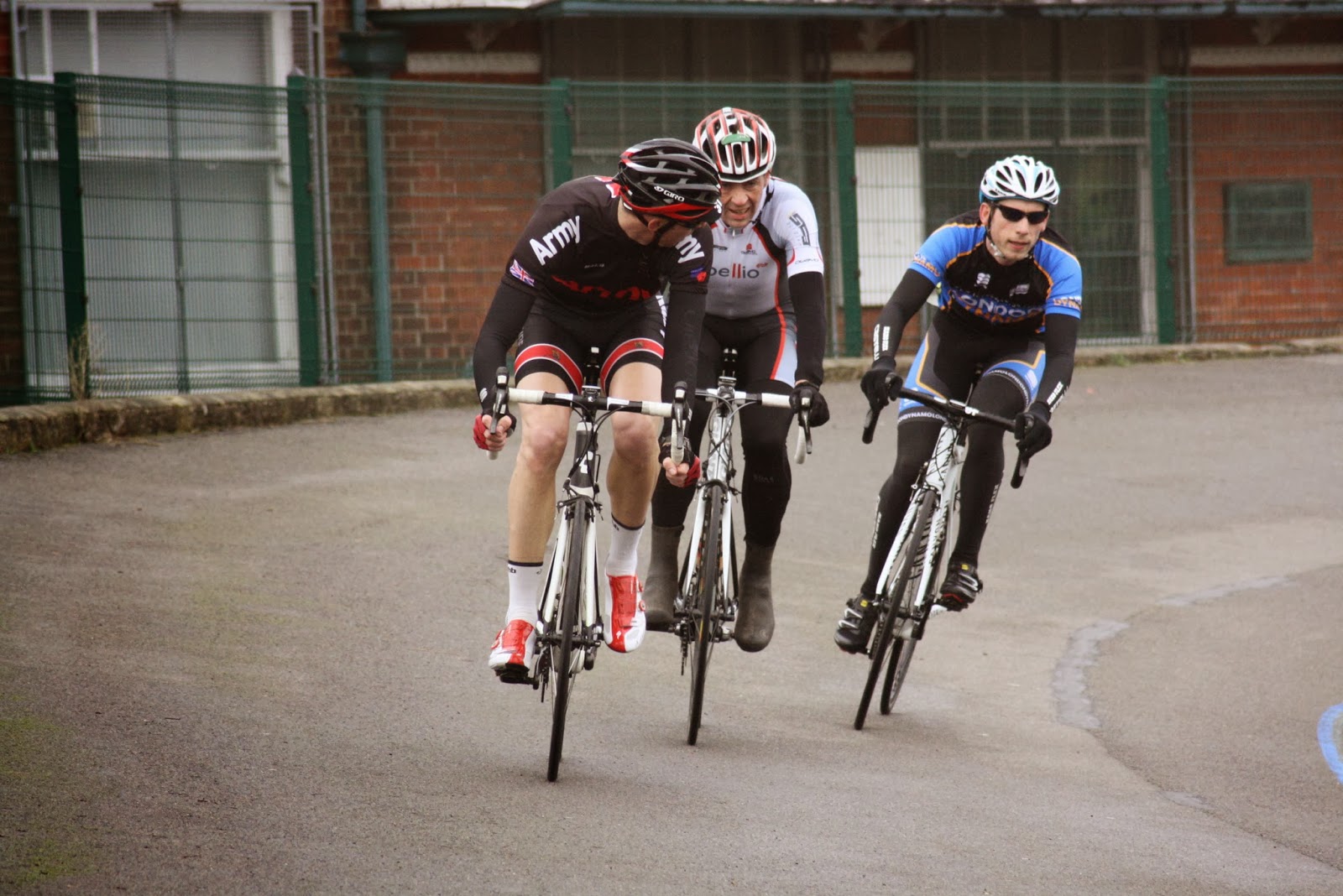 Behind them the bunch slowed, with everyone looking at each other to take up the chase. Several attacks were made in a flurry of frustration, and soon a group of five formed, trying to bridge the gap. I missed this vital move and tried in vain to bridge the gap with an SFA rider who was not willing to work, due to his teammate being up the road.

The chase group included Ryan Visser (Redhill CC), Jonnie Blackman (Beckenham Rugby Cyclists), Joe Donohue (Fareham Wheelers), James Mickelburgh (London Dynamo) and Brian Hennessey (Redhill CC). They worked to build a gap on what was left of the main field, which had all but given up the chase with 5 laps to go.

Brooks attacked Abellio with 2 laps to go and took a solo victory. Abellio followed in second place and Visser led in the chase group to take 3rd place.

I rolled in with the main bunch, a bit disappointed to miss out on picking up a few cheeky points this early in the year. 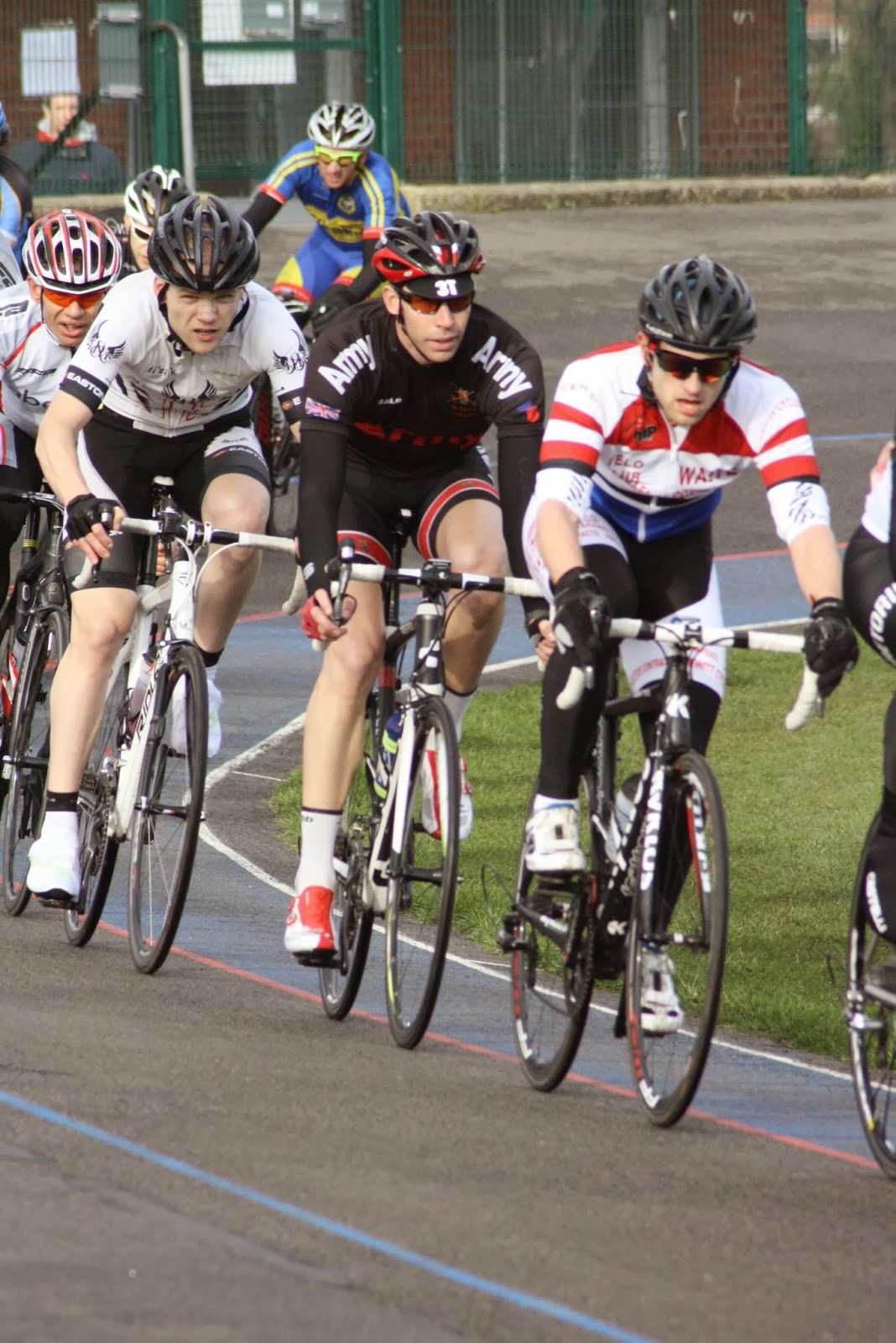 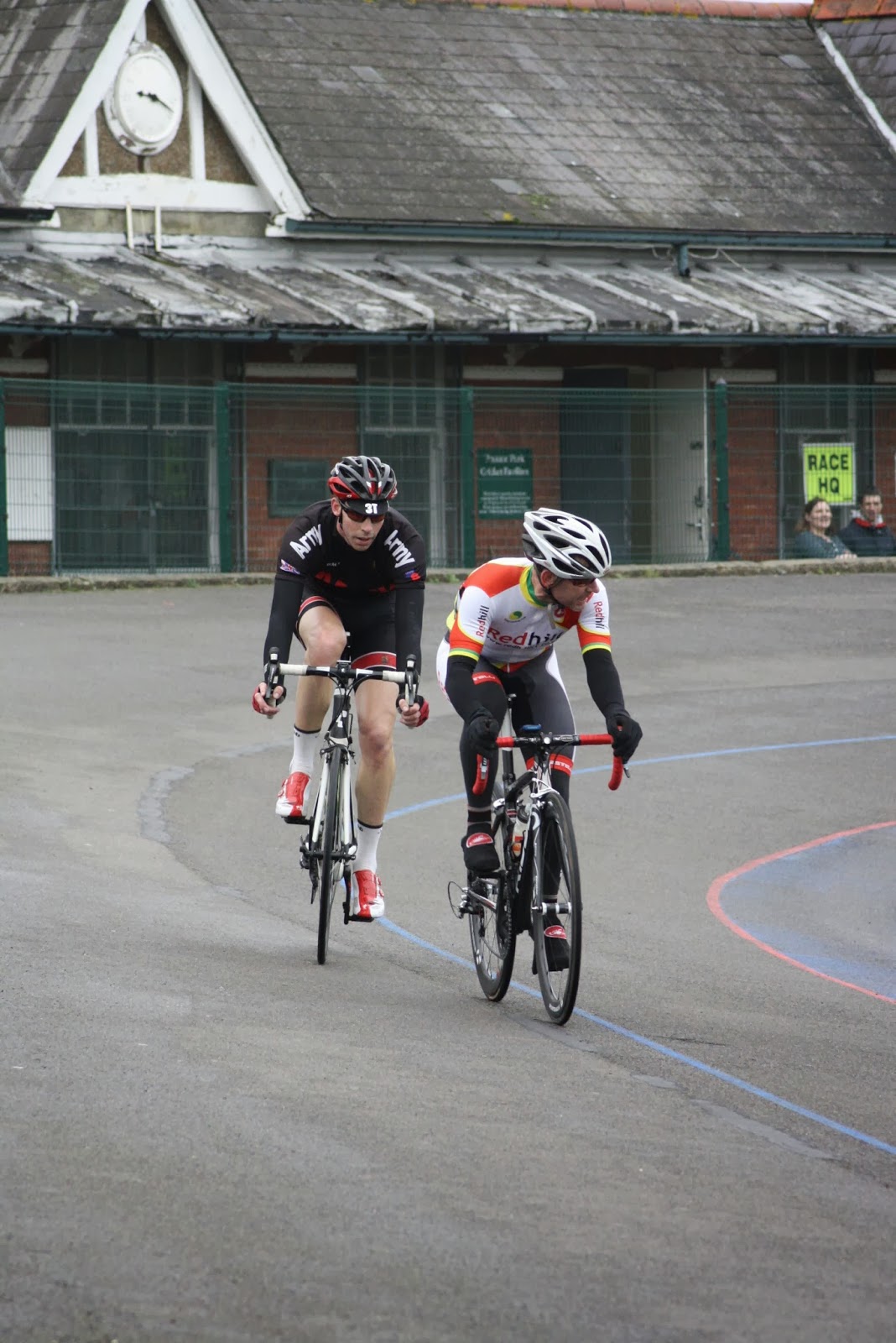 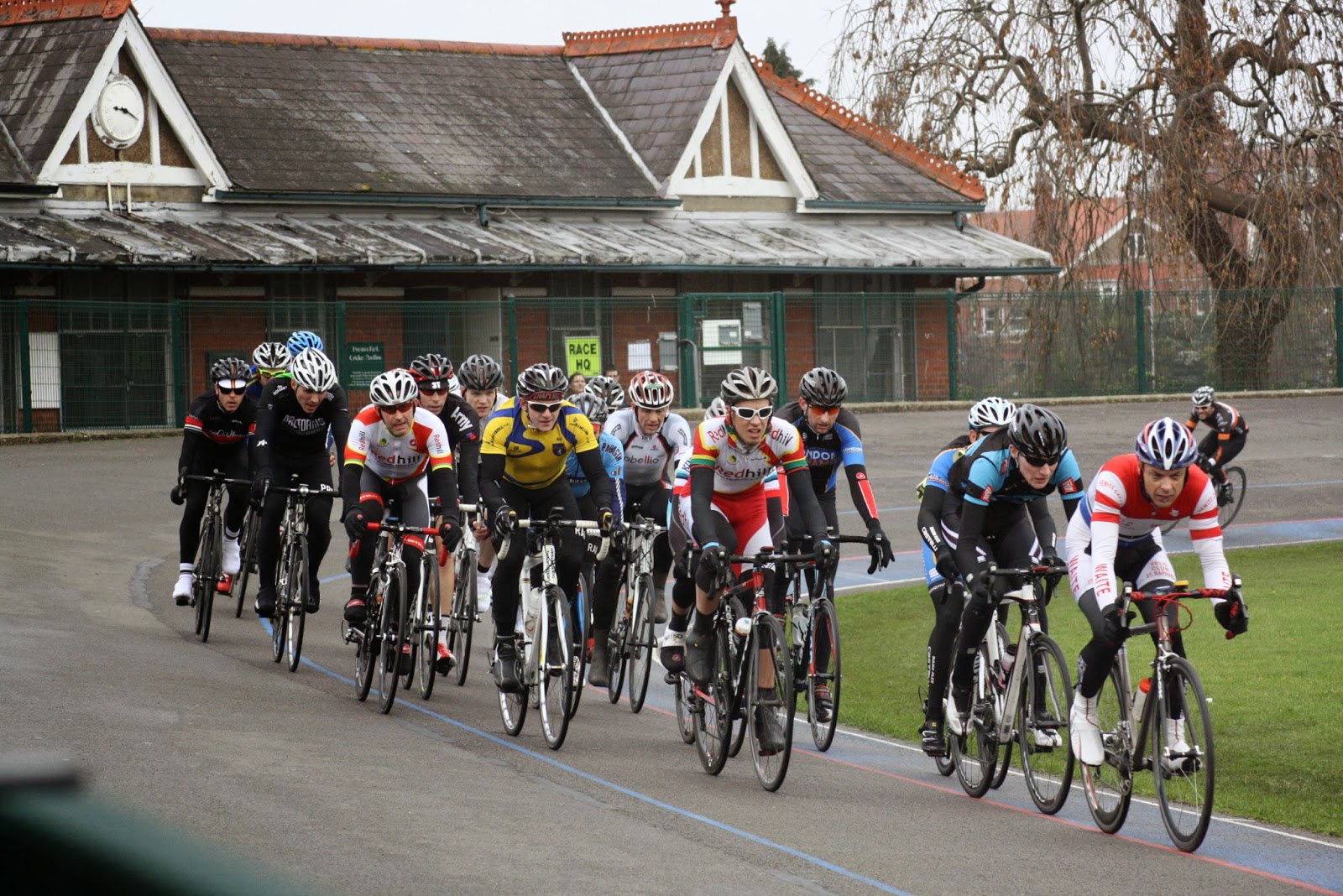 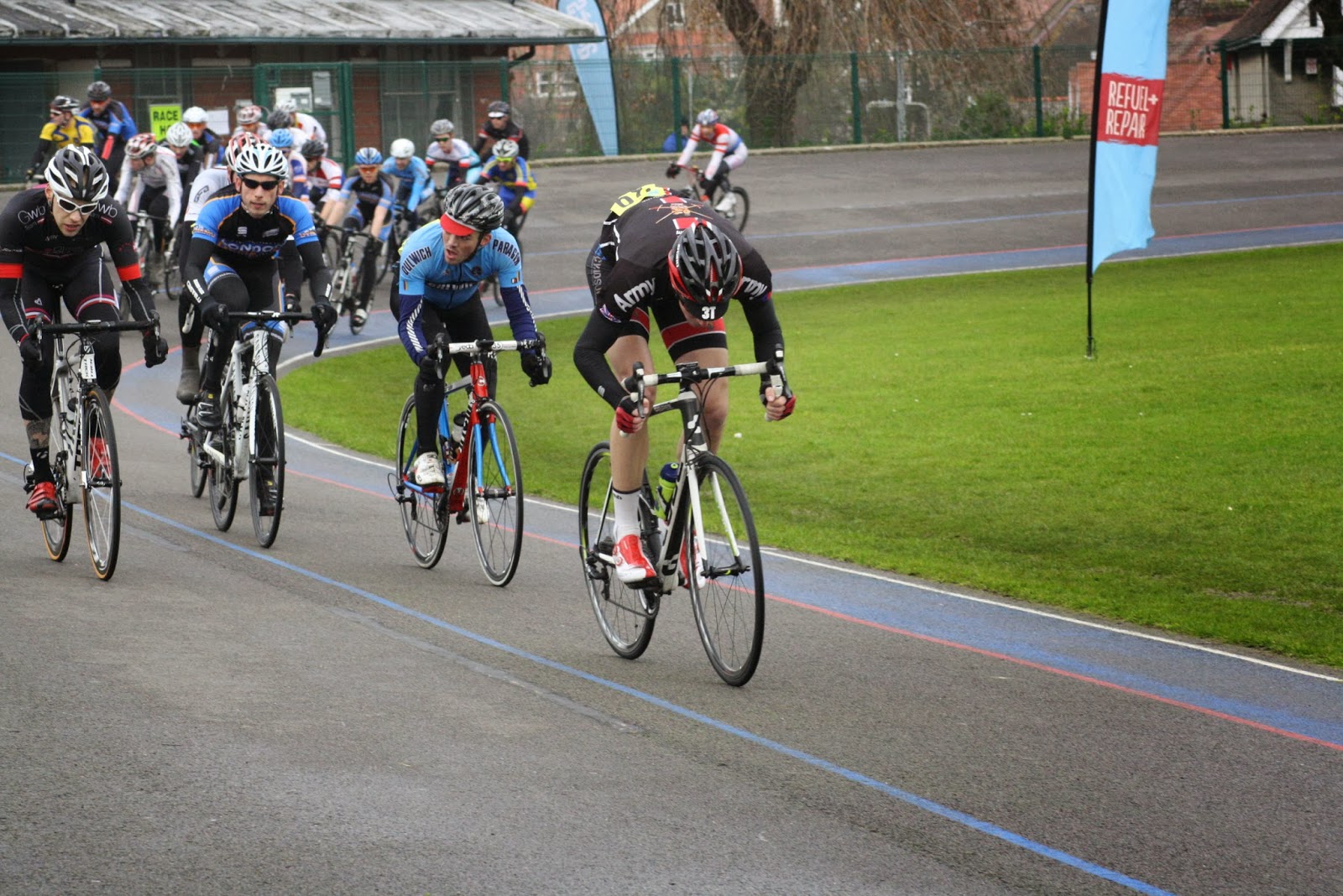 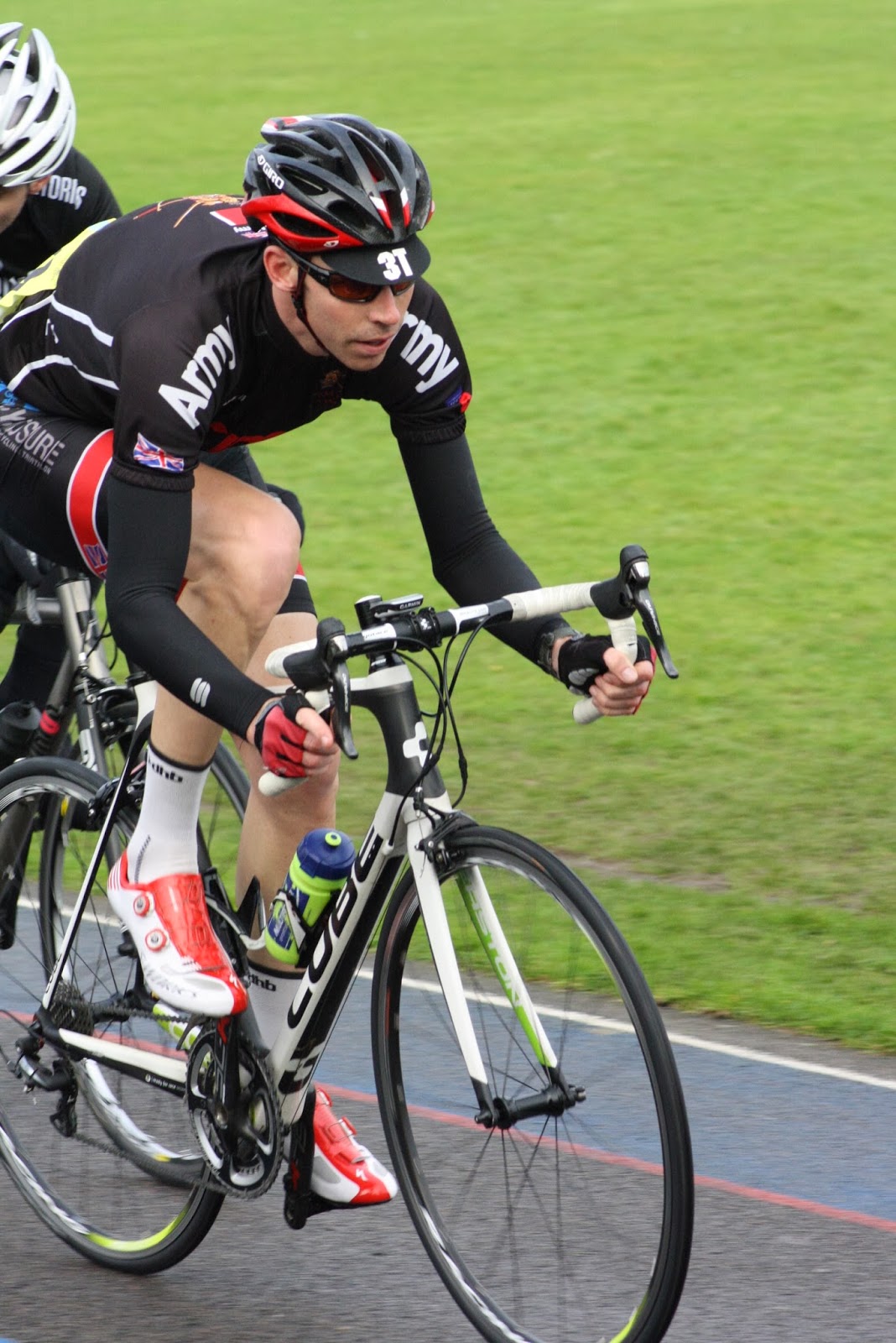