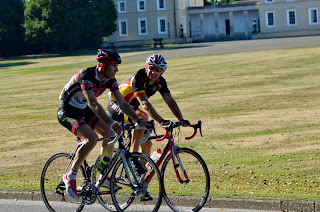 I've held off writing about the last few weeks because official results had not been released and I did not have access to photos, but finally I can report on my September racing. 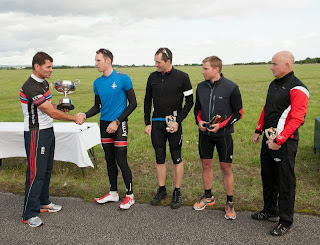 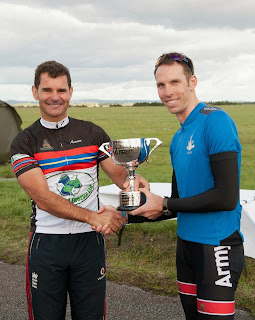 The Army Champs was held at Sandhurst Military Academy, and it was won by Alex Royle. I only managed 7th, and was not very happy with how I handled the finish, but such is racing.

Next was the Inter-Services, where I was a domestique in the Army Team. Our two team leaders for the race both got into the race winning break, so my job was just to cover counter attacks. I contested the bunch sprint, but the break away had quite a few riders in it, so I finished 15th. The Army Team dominated the results though, with James Perry winning and Team Army claiming the Team competition too.
The Artillery Championship Road Race was an event I felt I had to win, as I am the only Artillery rider in the Army Team. It was a tough race in the end though, as I was pushed to the limit by a strong attack into the wind on the final lap by Captain Charlton-Weedy, who ended up finishing 2nd on the day. I was in a two man break with him for the last 12km and managed to out sprint him after a bit of cat and mouse in the final couple of kilometres.
Now I will be having a forced break from the bike for a few months, due to work, but will try to maintain a good base fitness and get on the bike as soon as possible to prepare for next year's racing season.
This year I've achieved my goals and more, getting back into racing from 4th Category and moving up to 2nd Category. Next year my goal is to get enough points for a 1st Category licence. I'm also going to try to train smarter to make improvements to my strength and speed.


This will probably be my last post for a while, but as soon as I've got something to report I will put it on here.
Posted by Unknown at 11:42