Winding down the season early

The last few weeks have not been very successful on the racing front. I've had a couple of top ten finishes at Ludgershall before the summer series finished, and then two hard fought races at Thruxton, organised by Behind the Bikeshed, of Andover. It has not been helped by the fact that I was off the bike for a week because of work, and knowing that I will be away for a few months without my bike is not great for morale. 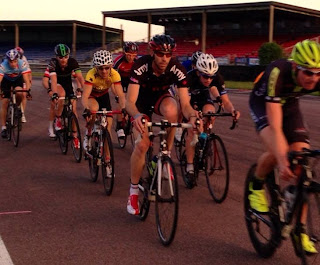 The Thruxton circuit always seems to make for hard racing, and I certainly felt the effects of winding down on the training front when I was chewing the handlebars as the race repeatedly split and then regrouped. I suffered and finished in the bunch, never really in contention. Pedal Heaven RT dominated and took the first four positions, with Rory Townsend taking the top space of the podium. 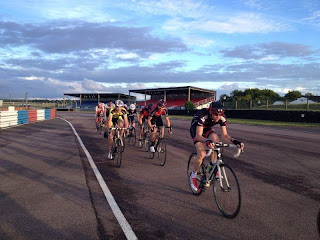 Another hard and fast race, this time Felt-Colbornes-Hargroves RT had a point to prove and Took the victory with Richard Mardle. Again I finished in the main group, not in a position to get any decent result. 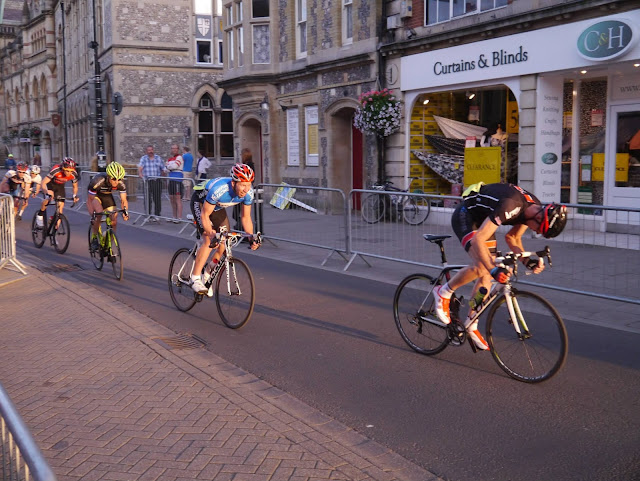 This was a great race in the centre of Winchester. The course was a tight and technical one, and it was vital to get a good start. The pace was furious from the start and a two man break soon built up a lead that would see them staying clear for the duration of the race.


I fought hard in the second group for half the race, and then got caught out behind a crash and lost touch. That was the end of my race. Of the 45 starters, only 19 riders finished the race, which shows what a tough day it was.


Andrew Hargroves of Felt-Colbornes-Hargroves RT took the win.
Posted by Unknown at 13:32