Well it has been quite a while since my last post, mostly due to time constraints and being a bit lazy. I've been racing regularly still and have earned enough points to be issued a 2nd  Category British Cycling licence, which has been a goal for the season.

In June I spent 10 days training in the French Alps, near Mont Blanc. This was an excellent opportunity given to me by Artillery Cycling, and I felt the benefit immediately upon my return, when I placed 3rd in a 3/4 Cat race at Ludgershall. That gave me enough points to move up to 2nd Cat.

I then did the Colin Carfield Road Race in Somerset, but found myself having a bit of a disappointing day. It was a tough route, with several climbs at 14% for over 4 minutes each. I was soon off the back, and packed it in about half way through the race.

I also raced in the Oakley Village Road Race on the 6th of July, where I felt strong, but fluffed the final kilometres and finished 20th in the sprint.

Still I have been chipping away at points at the Ludgershall crits, and today I placed 7th at a tough Inter Corps Race at Thruxton Circuit.

My season will end prematurely at the end of August, so I'm hoping to get a few more good races in before then. 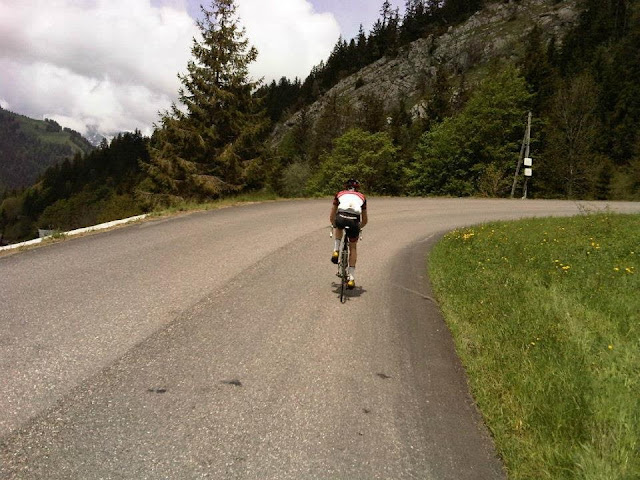